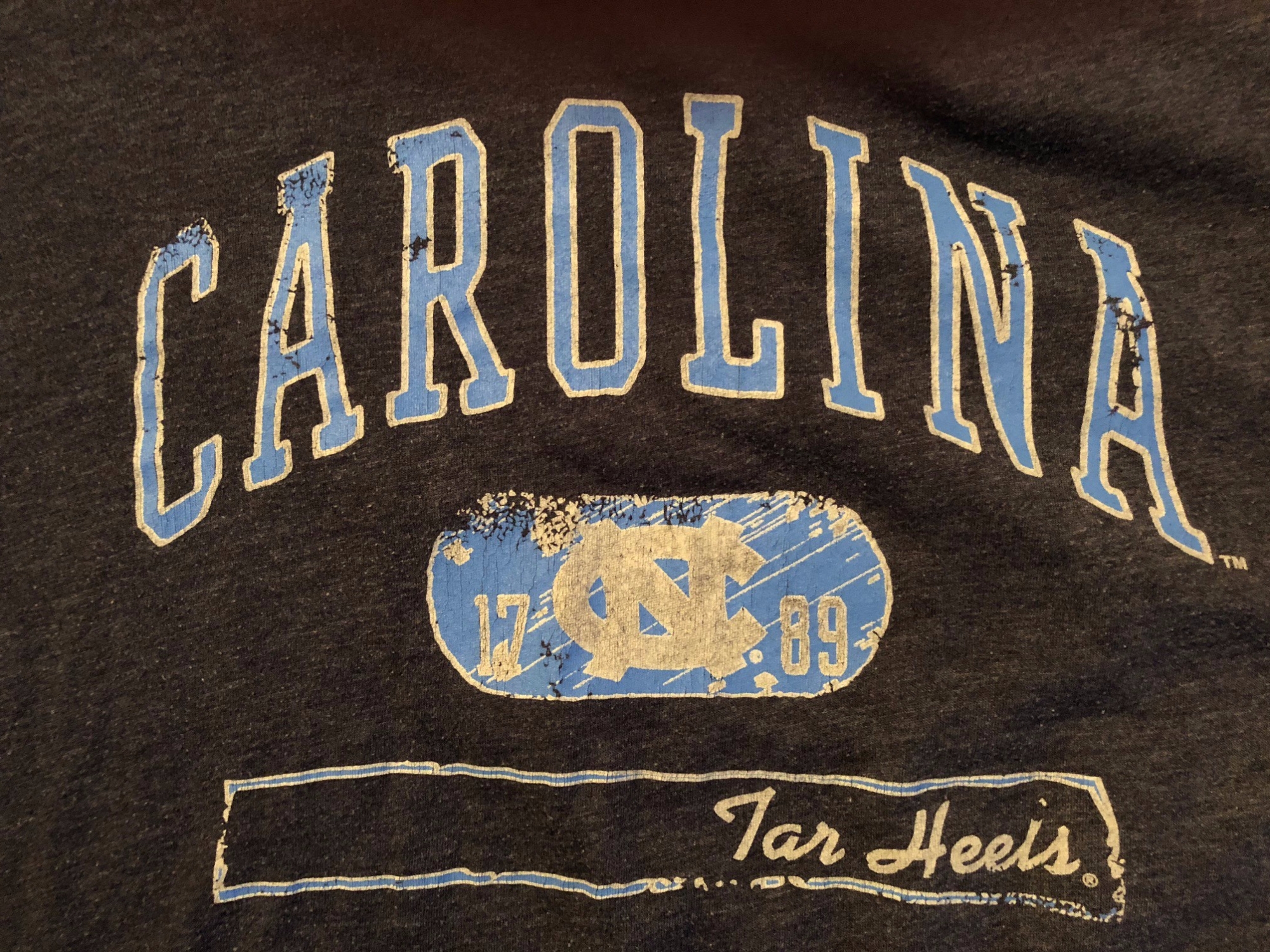 Hey team, back from the holiday break and to say the Heels have hit a rough patch would be a wild understatement.

Just as a quick recap from the past two weeks: we’ve lost at home to Wofford (and if you could tell me what state that school is in without looking it up and without it being your alma mater, I would give you a Starbucks gift card because when it’s double-digit negatives outside it might be worth even more than bitcoin right now).

We then went to Ohio State and beat them handily, which looks that much better right now thanks to their recent win over MSU. Next up was Wake who looks a lot better this year than they have in years past and might be putting pieces in place to really be something in a year or two but we were able to squeak out that one. Then comes back to back loses with a heartbreaker and a very winnable game versus FSU and a completely demoralizing defeat at the hands of the best defense in the nation in Virginia.

I’ll get into more detail but first, an anecdote.

A bit of personal info about me. I’m currently 31 and a dad of two boys under 3. As any good dad does, I’m trying to brainwash my boys as much as possible for the teams that I like (I was taught this is one of the most important things to get right in Dadhood only slightly trailing good morals, work ethic, and not dropping your pants to your ankles to pee at a urinal).

This being the case, we will regularly chant “TAR —— Heels” at the dinner table during games just for preparation of when my son actually makes it to the big show. My oldest just turned 3 and is now at the stage where he asks questions about literally everything he sees, which is a phase I was told most parents hate but I think is utterly fascinating to me as it allows me to see the world through his eyes. However, there have been some moments that feel like he is shoving a giant mirror right in my face. That moment happened during the loss to FSU.

During the final minutes on a breakaway with the score close and what turned into quite an interesting story with the ref known as TV Teddy (I’ll get back to this story shortly), Joel Berry was clearly held on a breakaway which caused him to not be able to catch a pass with a clear lane to the basket and at this moment I was livid. I launched into the requisite “What are you even looking at ref” spiel and a minute or two after I stopped lamenting to my TV, my son out of nowhere asked, “Dad, why are you so angry about the game?”

Which normally would be an easy answer of “Well son, this is a Top 25 ranked team and a conference opponent which means this game means a lot towards the postseason seeding of the tournament (because he definitely would have understood that). Instead, I took a step back and asked myself, why do I get so upset about Carolina games? That was my mirror moment.

Obviously, the reason is that I’m a passionate fan who invests time and emotion into my team. All  I ask is in return is that the Heels never betray our relationship by losing, not too much to ask I think. But to look into the deeper reason of Why I’m a UNC fan and why I care so deeply, I’ll be creating a follow up post that details the coming of age story of a young boy in the Chicago suburbs so infatuated with a certain early 90’s basketball star, that he wanted to love all the same things that this star loved.

After the game was over and my emotions subsided, my son looked up at me and said “Dad, I like watching sports with you, you’re funny!” And really for all you die-hard sports fans out there, I don’t have to tell you that the best thing about sports is how it pulls people together and that sense of belonging and community you get with fellow fans.

And this brings me to the real reason of trying to intensely brain-wash my child. I want to share these moments of great highs and great lows with him as he grows up just as I shared some of those moments with my dad and the Bulls and Bears.

So back to the actual basketball playing.

As many of you Carolina fans know, one of the main frustrations we have to deal with throughout the Roy Williams era is turnovers. When you want to get out in transition and run every chance they get, there are going to be a plethora of turnovers. These turnovers are infinitely frustrating, but most of them are understandable given Roy’s philosophy.

This year, however, there has been an increase in turnovers that aren’t justifiable, the ones that don’t happen in transition but come from a lack of communication or understanding with your teammates. These are issues that in game 5 or 6 would be irritating but explained away with how young some of the team is and that Roy’s teams always get much better later on in the year.

The difference that I see this year is that a good portion of these turnovers are coming in offensive sets from our upperclassmen (JB, Theo, Cam, and Luke) and that is an incredibly worrisome trend if this team is planning on making a run in the tourney again.

With this Carolina team, my expectations are set to getting to the second weekend of the tourney and maybe that might be even a little high given how they have played lately.

BUT, as a Carolina fan, there will always be this little seed in the back of my mind that at a moment’s notice I can go into a 15-minute long, completely rational and fact-based argument about how any UNC team, given the right set of circumstances, can revive the magic they always seem to have and make it to the National Championship game.

Before I leave you to go about the rest of your day, which by this point you’ve totally earned, here are some more random musings:

TV Teddy and the JB incident:

Man if you’re gonna use the excuse that you turned your back as a “de-escalation tactic” you’ve learned in some class you should at least know what situation deserves de-escalation. This was a senior captain coming to discuss what he thought was a missed call. There was nothing to de-escalate, you just wanted to punk him in front of the away fans and, for that, you’ve lost a lot of respect from the CBB community.

Another troubling trend with this team over years past is the lack of assists. We all know that JB is mainly a scorer and a very good one at that. With that being the case, Theo usually is the de-facto PG but our assisted shot rate is incredibly low for a team as good as we claim to be and something that I think can be rectified with some system changes.

The CBB landscape this year is just insane so far.

The amount of ranked and really good teams already getting upset has been astonishingly high and should make for what I believe will be the wildest tournament in my lifetime. Every year you’ll hear the talking heads on various channels spout off about how there isn’t a truly dominant team but this year, I could legitimately make an argument for any team in the top 20 winning it all and that’s something I don’t remember ever being able to say.

If you’ve made it all the way through and are still reading at this point (Hi Chris, Kari, and Mom!) thanks for going on this little journey with me today and we’ll catch you next time at Keith’s Carolina BBQ.